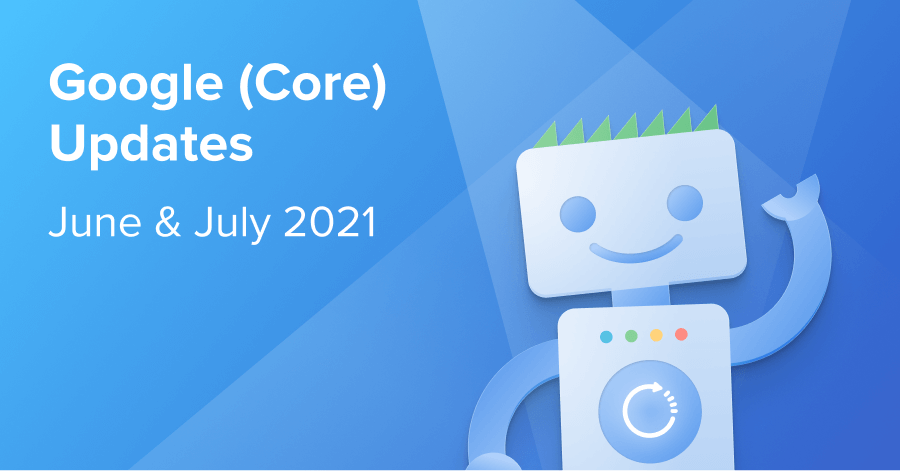 There’s been a lot going on in Google search during the last few weeks – the June 2021 Core Update, the Page Experience Update, two spam updates, and finally the July 2021 Core Update. That makes 5 officially confirmed Google updates since the start of June!

If you’ve noticed unusually strong ranking fluctuations from the beginning of June to mid-July, there’s a good chance that i’s related to one or multiple of these updates. To help you keep track of everything that happened during the last weeks, we will provide you with a clear overview in this article and we’ll also explain what you can do if you’ve been hit by one of the updates!

Overview of Google updates during the last weeks

Google released 5 officially confirmed updates since the start of June, including:

Let’s take a closer look at each of these updates.

After a six-month wait since the last core update in December, Google announced the June 2021 Core Update on June 2. For the first time in the history of core updates, it wasn’t rolled out at once but split into two parts, with the July 2021 Core Update following a month later (more on that below).

Later today, we are releasing a broad core update, as we do several times per year. It is called the June 2021 Core Update. Our guidance about such updates is here:https://t.co/e5ZQUA3RC6

This will be followed by the July 2021 Core update. Here’s more information about that…

Google explained that some parts of the update were not ready to roll out yet, so they were moved to July.

After the official announcement, it took several days until the SEO community noticed the first impact:

Heads-up. The first major signs of visibility changes are being seen today. Some very big changes for the sites impacted. The update started rolling out on 6/2, but I just started seeing these visibility changes 6/5 into 6/6. Looks more core update-like now… pic.twitter.com/k7D8lfkAqi

But compared to previous updates, the reactions were spread over a longer period of time and the discussions weren’t as intensive as before. This actually makes sense as many SEO data providers found that the June 2021 Core Update took longer to roll out than usual. In the past, the impact of a core update was mostly felt within a shorter time frame.

As with almost every past core update, it was very hard to tell how exactly Google’s algorithm was changed. As the name suggests, a core update includes changes to the broad core of Google’s search engine, instead of adding or adjusting individual ranking factors (as is the case with the page experience update – more on that later).

But it’s still possible to analyze the industries and types of websites that have been targeted most by a core update. Here’s a short summary of the data about the June 2021 Core Update:

To summarize, the data on the June 2021 Core Update wasn’t as clear and to some parts even contradictory, in contrast to past core updates which were often very similar in terms of the categories and websites impacted.

Due to this different impact and the slow rollout, some SEOs (including us) concluded that Google may have changed the way that core updates are being rolled out. But part 2 of the update in July showed that this trend didn’t continue (at least for now)…

But before we go into more detail on the July update, let’s take a look at the second Google update that started in June.

Last year, Google announced that the Page Experience Update should be released in May 2021. After a short-term delay of one month, the rollout started on June 15 and will take until the end of August, according to Google.

The page experience update is now slowly rolling out (Top Stories will begin using this new signal by Thursday). It will be complete by the end of August 2021. More here: https://t.co/kDwhhOYklK 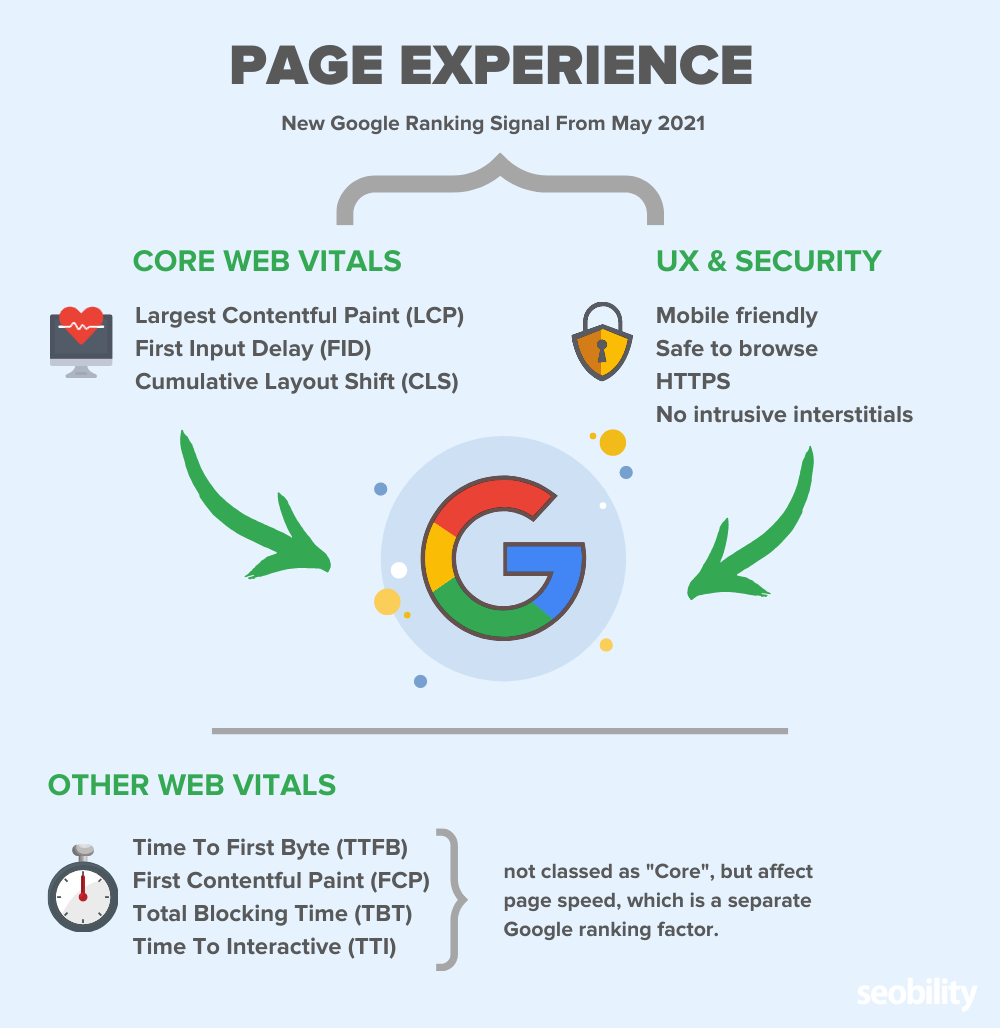 In our Core Web Vitals guide, we’ve explained how Google calculates these values and how you can optimize them on your own website.

So let’s move on to the next two updates right away!

Google rolled out both of its spam updates in June within one day – unlike the core updates, which usually take up to two weeks. (Not to mention the Page Experience Update which takes Google more than two months to complete…)

Google didn’t share any details about the type of spam targeted by these updates. Instead, they only shared a general post about how Google was fighting spam in 2020 using artificial intelligence, along with this video:

What is certain, however, is that these are global updates that affected both web pages and images. Google’s goal with the spam updates is to further improve Google Search and make it safer for users. That’s why Google wants to remove spam sites from its search results that spread malware or try to deceive users, for example.

The overall impact of the spam updates seemed to be limited and smaller than with the core updates.

Google kept its promise and released part 2 of the June core update just in time on July 1.

These typically take 1-2 weeks to finish. Our guidance about such updates is here:https://t.co/e5ZQUA3RC6

Here’s more on how we improve search through updates:https://t.co/IBmInwGOiX

Unlike the June update, which took a long time to roll out, the effects of the July update were felt almost immediately after the announcement. Most of the changes happened within a single day, while the effects of the June update were spread over a longer period of time. Nevertheless, most of the SEO data providers state that the July 2021 Core Update was the smaller one.

According to Semrush, the categories real estate, shopping, beauty & fitness, science, and pets & animals were hit the hardest in July. Although the latter two were among the most impacted categories in June already, only a small percentage of websites were hit hard by both updates.

According to Sistrix, many YMYL sites were affected, as with previous core updates.

Overall, the July 2021 Core Update seems to match the pattern of past core updates, both in terms of rollout and affected sites. Maybe the June update was only different because it wasn’t a “complete” core update, but just part 1 of 2. Either way, we are curious to see if the core updates will continue as usual in the future, or if there might be a turnaround after all!

What you should do if you were hit

Let’s get to the most important part: What should you do if you think that you’ve been hit by one of the latest updates?

If your rankings changed to an unusual extent during the last few weeks, the first thing you should do is analyze the exact time frame in which this change took place. This way, you’ll hopefully be able to see which update hit you. This is important because you’ll have to focus on different actions for recovery, depending on the update that affected you.

As far as the spam updates are concerned, you can rest assured: it’s very unlikely that you were penalized by these updates as long as you’re running a legitimate and trustworthy website that complies with Google’s webmaster guidelines (which we assume to be the case 🙂).

You still think that you were affected because you saw heavy ranking losses on June 23 or 28? Then the first thing you should do is make sure that your website is not hacked. Although this is very unlikely, it is a popular scam tactic to spread spam and malware through legitimate websites. Google explains how to determine if your website is hacked here.

If everything is fine and your website is not subject to a cyber-attack, you should check whether it might appear to be spammy at any point. You can find a list of possible reasons why your website may look like spam here. Besides that, we recommend you go through Google’s Webmaster Guidelines and make sure that you don’t violate any of them.

To date, there seems to be no measurable impact of the Page Experience Update. This is not surprising, considering that the update is supposed to take until the end of August.

Unfortunately, the slow rollout makes it very difficult to tell if you are affected by the update or not. That’s why you should make sure that you pass Google’s core web vitals in the first place. You can check your core web vitals using Google’s Pagespeed Insights, for example. 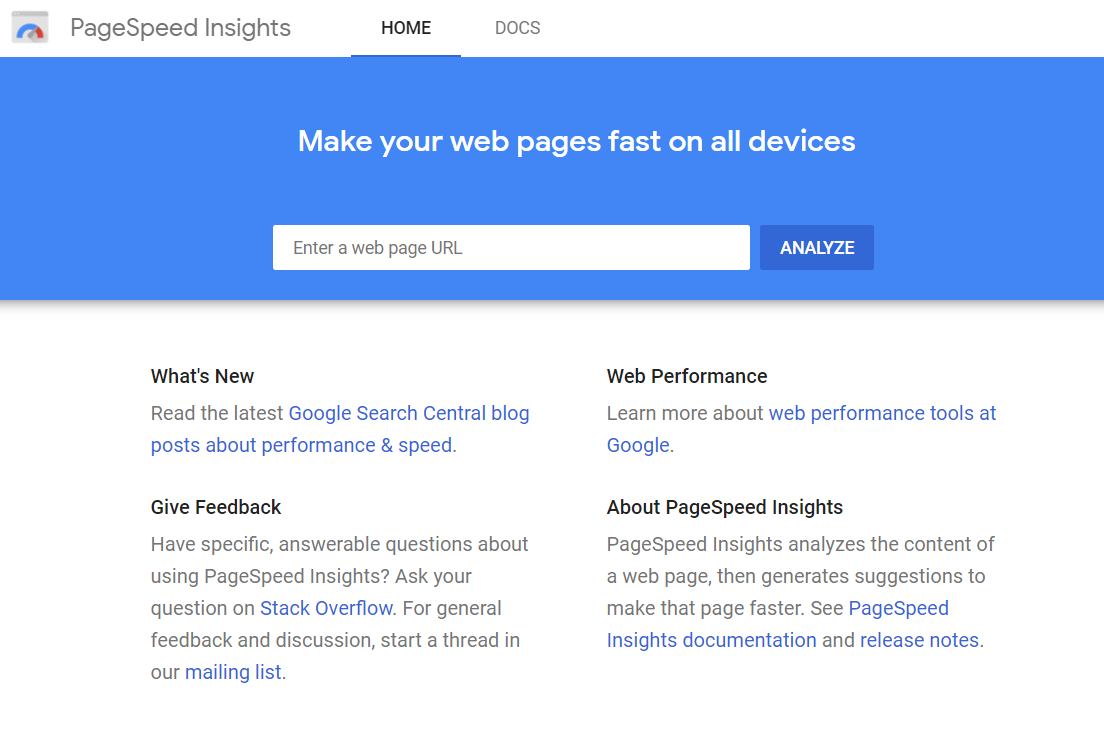 Did the tool show that your site needs improvement? Our Core Web Vitals guide explains frequent issues leading to poor performance and shows how to fix them. By following this guide, you’ll be perfectly prepared for the Page Experience Update! 🙂

Let’s get to the tricky part – how to recover from Google’s core updates.

Unfortunately, Google keeps a low profile when it comes to its core updates. Google’s general recommendation is to ask yourself how you can improve the overall quality of your website.

As a reminder, nothing in a core update is site-specific. Those who seek to perform well with search generally, including with core updates, should look to our guidance here: https://t.co/Mk9xsiTw1B

Google shares some tips on that in this blog post. Most of these tips are related to E-A-T (Expertise, Authority, and Trust). You can find our own guide on E-A-T here.

It can also be helpful to take a step back and ask yourself what kind of content you have to create in order to provide real value to your visitors and how to present this content with the best possible user experience in mind. With core web vitals becoming part of Google’s algorithm, it gets even more important to optimize the user experience on your site.

Following these tips always makes sense, regardless of whether you’re faced with a ranking drop due to one of Google’s latest updates or whether you want to prepare yourself for future core updates.

If your rankings improved significantly, that’s great news! Google’s main goal with the core updates is to improve the overall quality of search results, so if you’ve profited from this update, Google apparently considers your site to offer high-quality content.

But you should still keep an eye on your rankings – as we’ve seen in the past weeks, Google is always up for an unexpected algorithm update. Constantly monitoring and optimizing your website is the key to long-term SEO success anyway!

We are always here to help you optimize your website: using Seobility you can find technical errors and on-page SEO issues. And on our blog and wiki, we regularly provide you with tips and guides for optimizing your website.

PS: Get blog updates straight to your inbox!

How to Run an SEO Test with seoClarity